Noah and His Big Bed 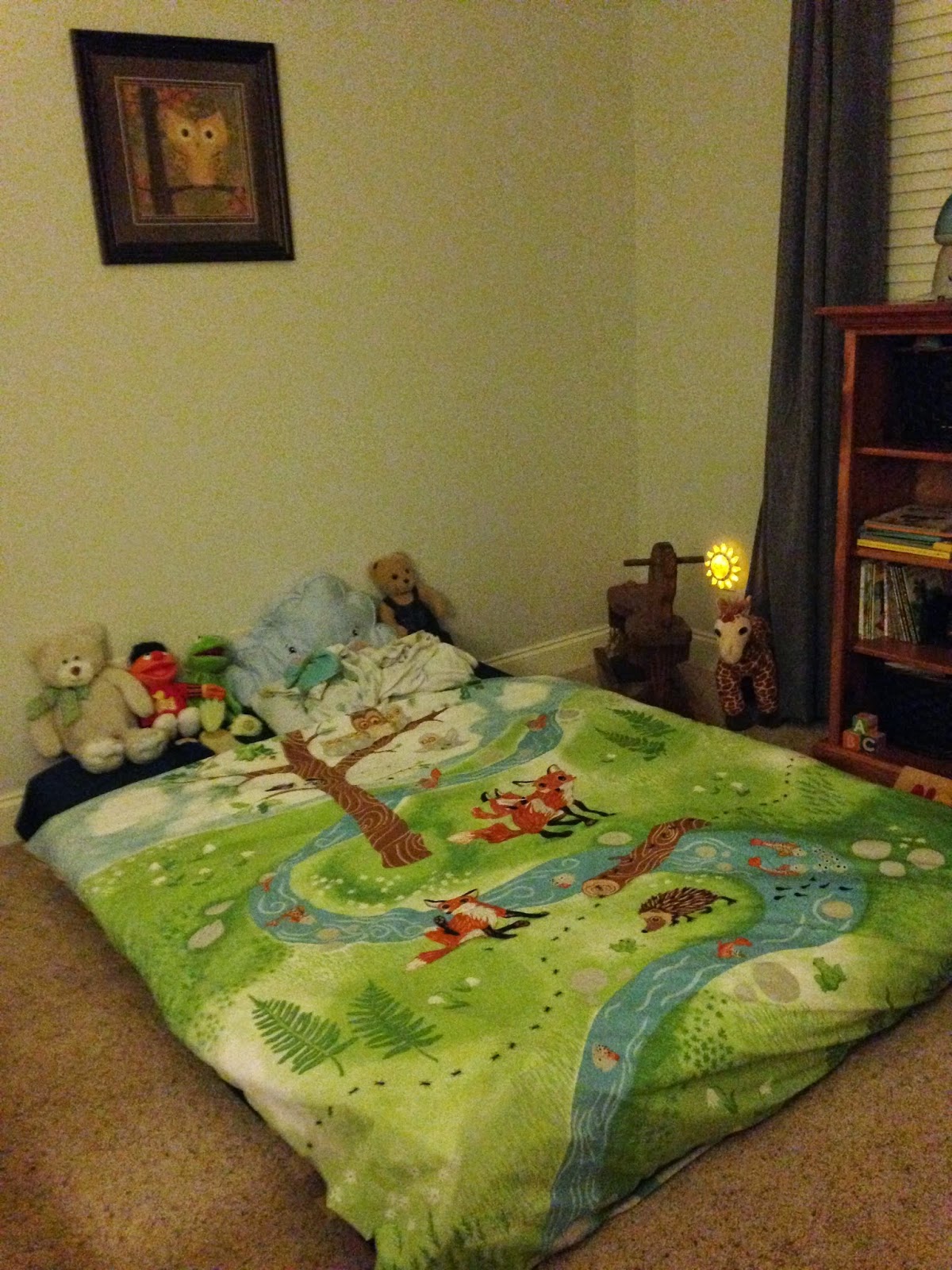 This past Saturday, Noah moved into his big boy bed at 2.5 years old. He was so excited since he had been asking us for a few weeks now to move out of his crib and into a big bed. Cole and I were a bit surprised that he was already asking since we really didn't think he would be ready until closer to 3 years old or so. However, we wanted to take Noah's lead on this one (just like potty training), and we decided to go ahead and give it a try! 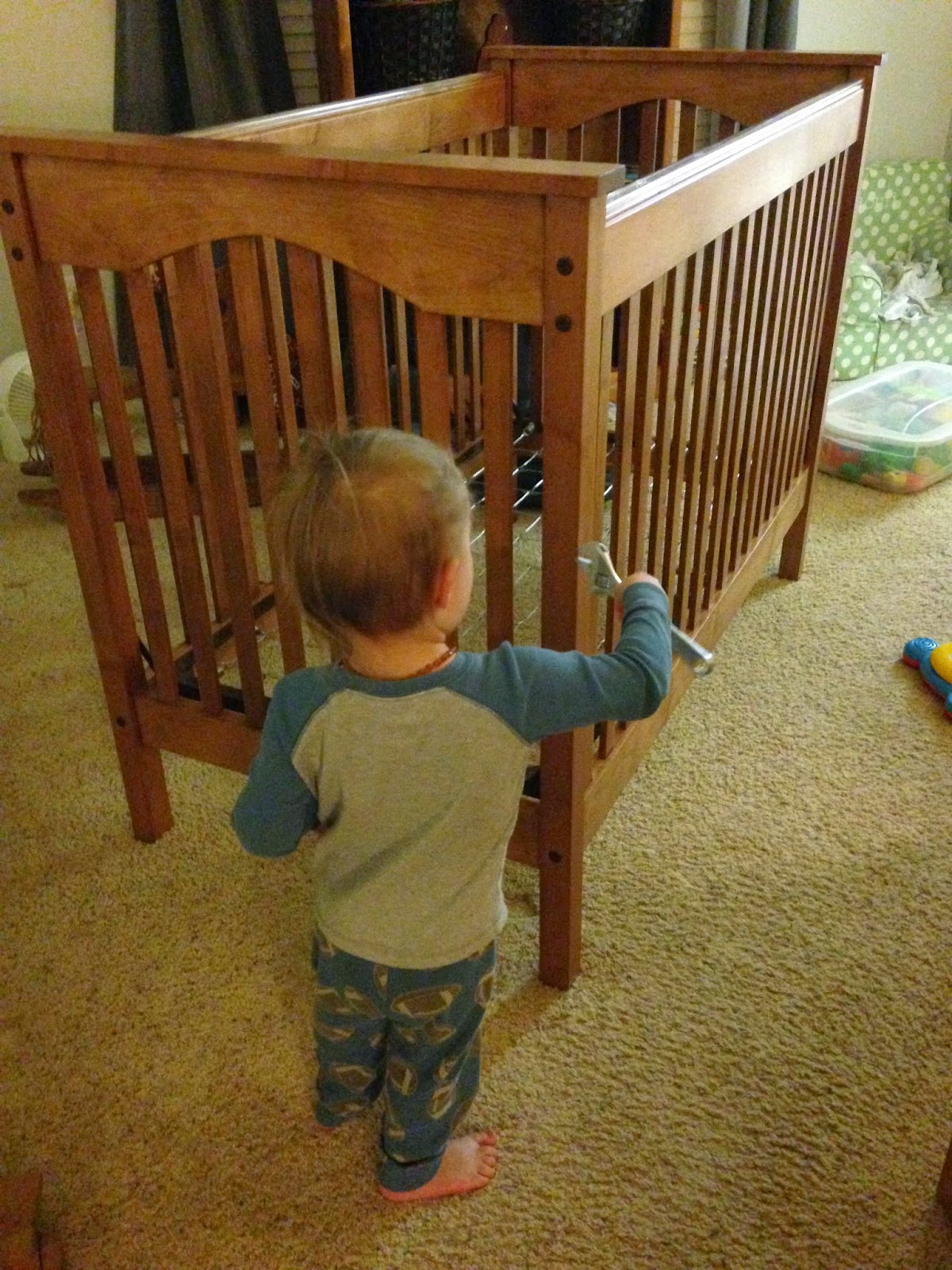 Several months ago, we decided that we wanted to do a Montessori-style floor bed as Noah's first big bed. I did a good bit of reading about what type of beds are recommended as first beds. We really liked the idea of the floor bed since it is the safest option. If he falls out of bed or jumps off the bed, he is only falling about 6 inches or so. We also liked the idea that he can get in and out of this style bed very easily, esp for using the potty during the night once he is a bit older.
So, last Saturday we set out to Ikea to let Noah pick out his new big bed. He was so excited! We went with a full size spring mattress so Noah would have plenty of room to move around (he is a very active sleeper), and so Cole or I could fit in the bed with Noah if need be. He enjoyed picking out his duvet cover and some stuffed animals for his new bed.
Noah helped us set up his new bed, and had so much fun jumping and rolling around on his big bed until nap time. I was a bit nervous to see what was going to happen with Noah's sleep with this transition.

So, the big question: Was this transition as bad as everyone said it might be? For us, it started out as a very easy transition. We were so excited! He slept great the first few days/nights. He fell asleep on his own except for the first day of nap, stayed in his room all night and slept through the night. However, around day 4 everything changed once the newness of the big bed wore off. This transition became so hard on all of us. He no longer could fall asleep on his own, he started waking up at night and coming into our room, and it was very difficult for us to get him back to sleep. All 3 of us were completely exhausted, and when Noah is exhausted, he becomes "very spirited". Our very sweet boy started having tantrums, resisting everything and became just plain difficult. I was just about ready to pack up the new big bed and bring his crib back out because I was so exhausted and worn down by his behavior. Thank goodness for my very supportive, loving and committed husband and some amazing advice from a wonderful mother and friend, Sarah Mac. Both Cole and Sarah felt we needed to stick it out and follow through with the transition. I was given the wonderful advice for us to remain consistent and to be very loving but firm with his new bed time boundaries.

Cole and I came up with a new game plan for helping Noah transition. We offered a reward for staying in his room during nap and night time, and after each time he came out of his room now, we walked him back to his room and told him that it was time to sleep and that we loved him. Then we would leave his room. Nap time for the first few days with the new plan was very hard and involved a good bit of tears and several talks through his monitor telling him we loved him but it was time for him to go to sleep and stay in his room. However,  everything started to change for the better after about 2 days of the new plan. He no longer had trouble falling asleep and staying asleep in his big bed, and he did not try to leave his room! It totally worked, and Cole and I were so thankful!

This transition would not have been successful without me also giving a good bit of credit to his new nightlight, The Good Nite Lite. This night light helps Noah stay in his room until his morning wake up time of 6am. 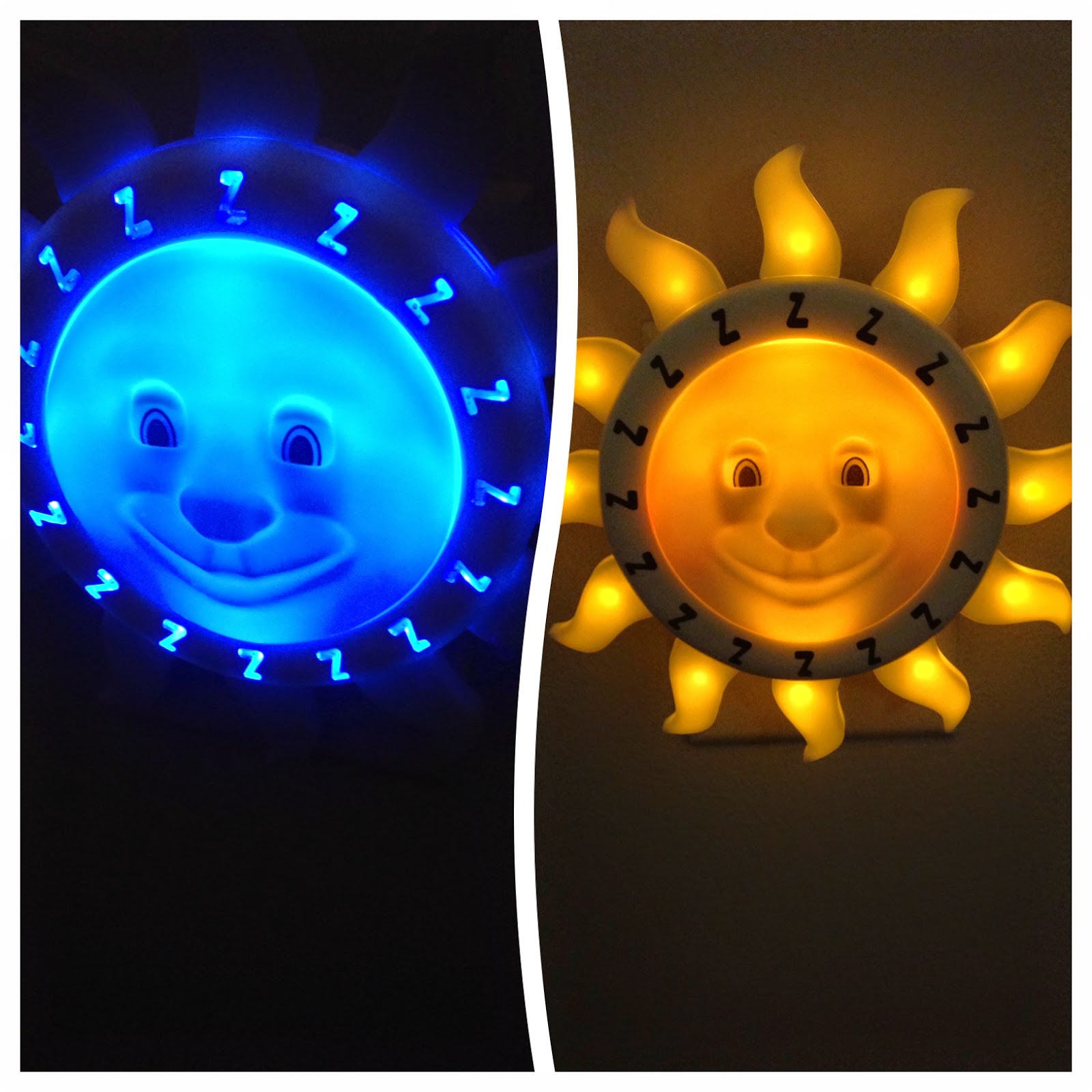 Here's how The Good Nite Lite works: The blue moon stays on during the night to let Noah know that it is time to stay in his bed and sleep. Then, at his wake up time (6am), the moon changes to a yellow sun to let him know it is time to get out of his bed and wake up. Noah is staying in his room now until the sun comes on, and when he does wake up before 6am, we have told him he can play with his stuffed animal friends in his room til the sun comes up. So far, it is working well, and I would highly recommend this night light.
Even though this has been a very exhausting and hard transition, I am so glad we went ahead and made this transition now with Noah and stuck it out despite my doubts. Sometimes the hardest situations bring out some wonderful learning opportunities and beautiful moments. From our family to yours, we wish you sweet dreams! 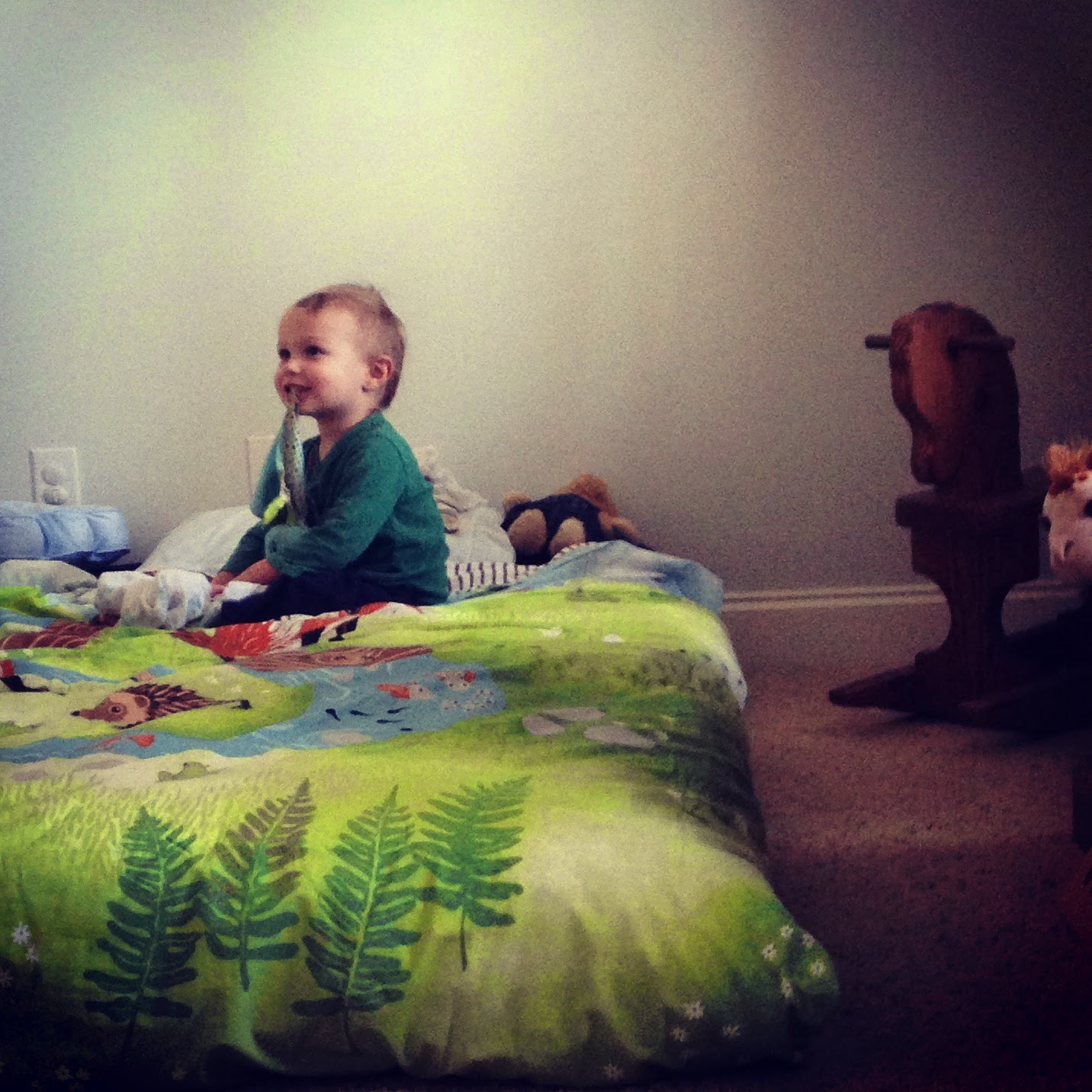