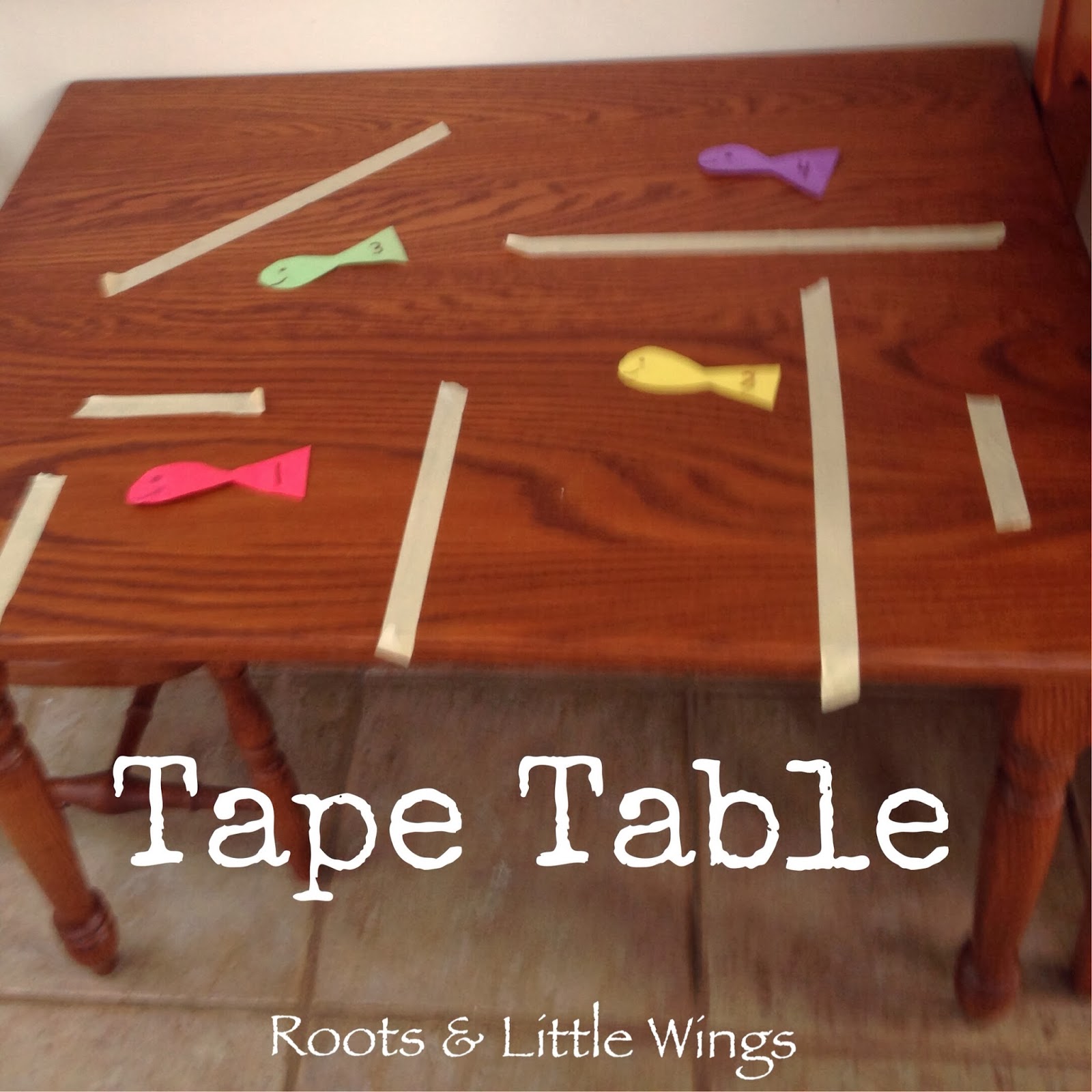 Last week we had three full days of snow and were house bound. The snow was very exciting for Noah, but Noah could only handle so much snow before his gloves were saturated or his toes were cold. ;) So, we did lots of playing inside too. I found this simple idea online, and thought I would give it a try with Noah. I am so glad I did because it was so easy, and he really enjoyed it!
All I did was put a few various sized pieces of masking tape on Noah's table. I kept one sticky end off the table so he would have a starting place to start pulling. I also put his colored fish out on his table in case he wanted to review his colors, but Noah had no interest in his fish as soon as he saw the tape (figures!). 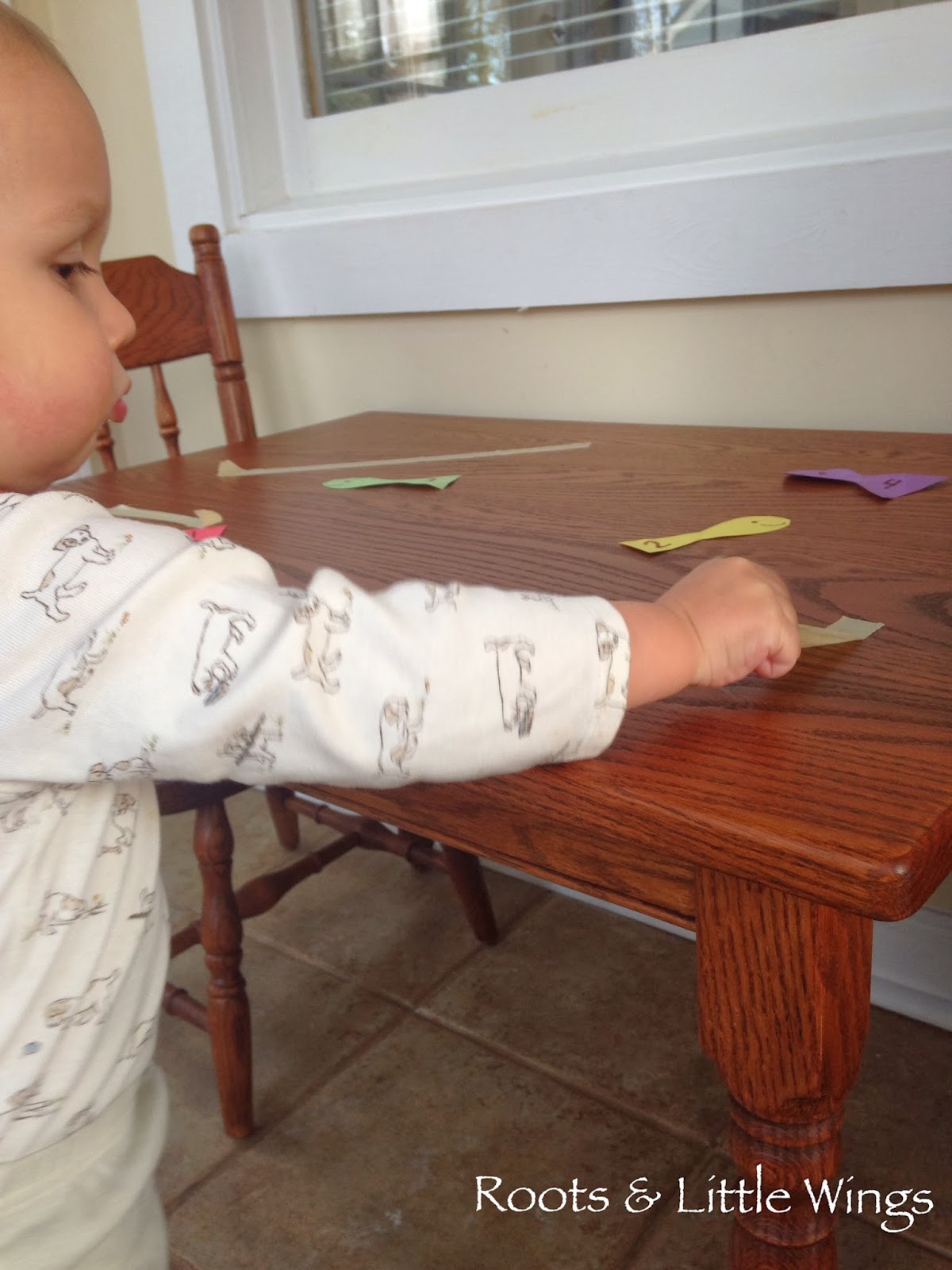 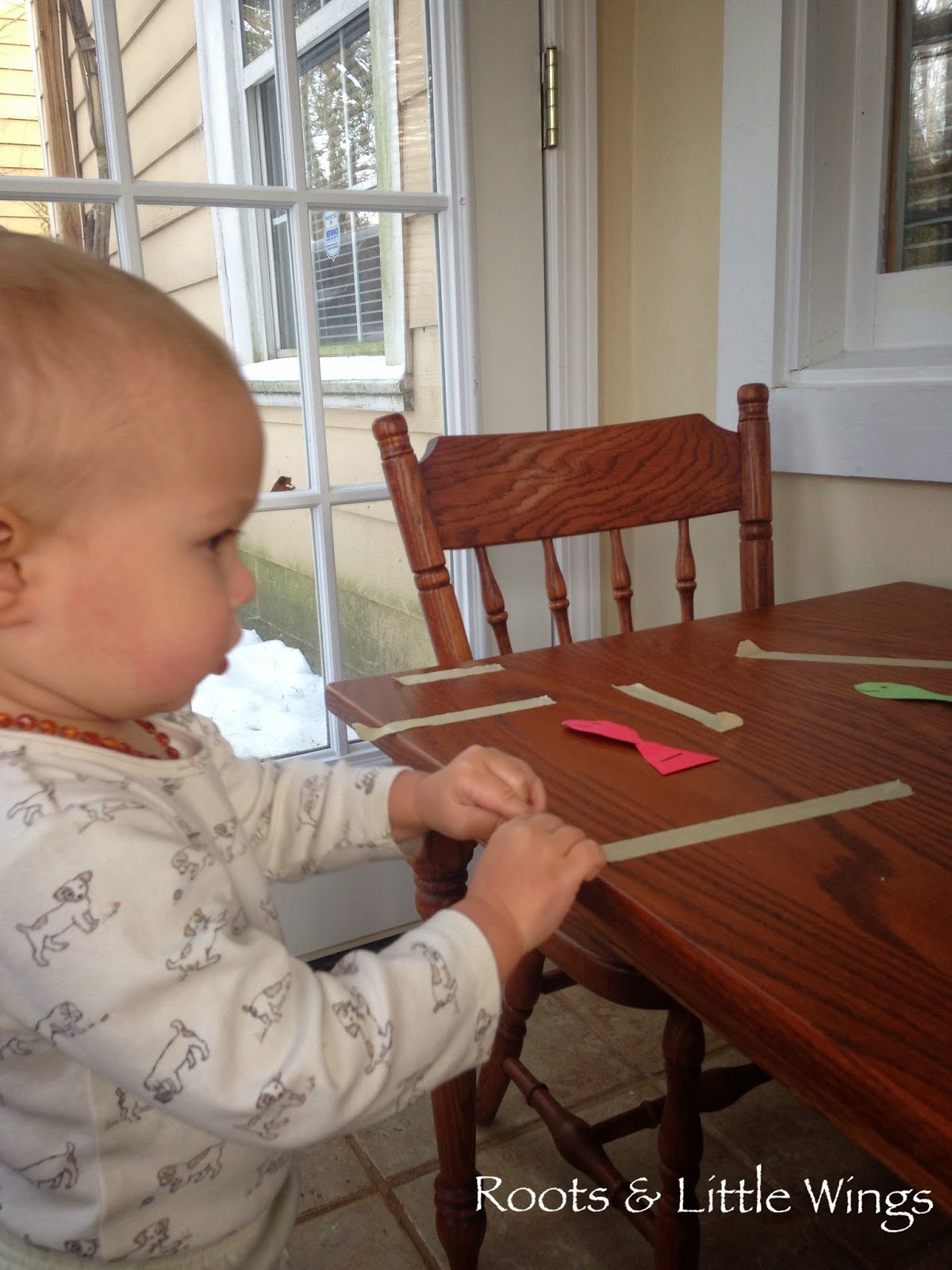 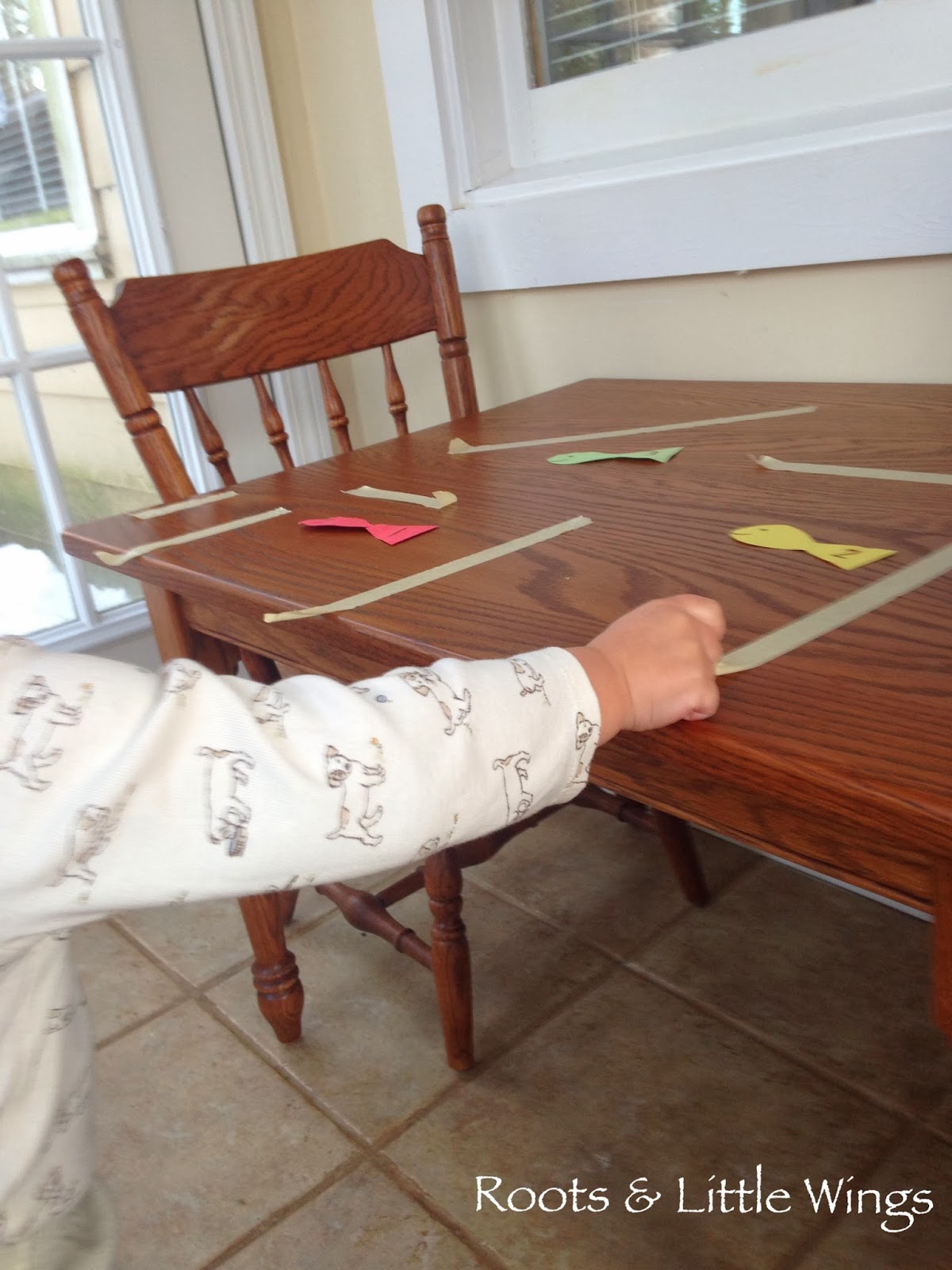 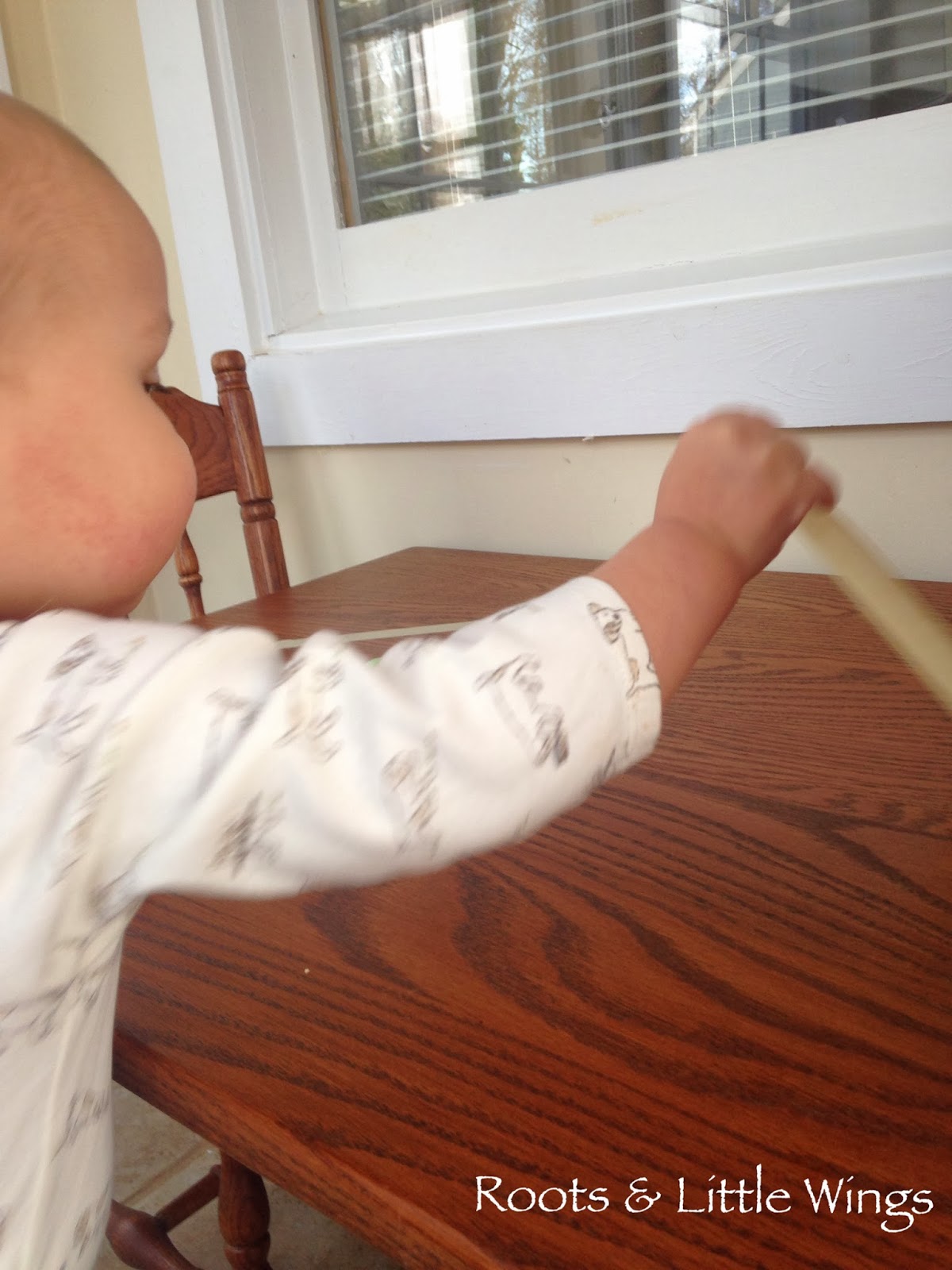 Once he had finished pulling off all of the tape, he asked for more tape, so we did it again!:) At the end of the activity, Noah had a nice tape ball to play with which he thoroughly enjoyed. This activity was also really good for his fine motor development. 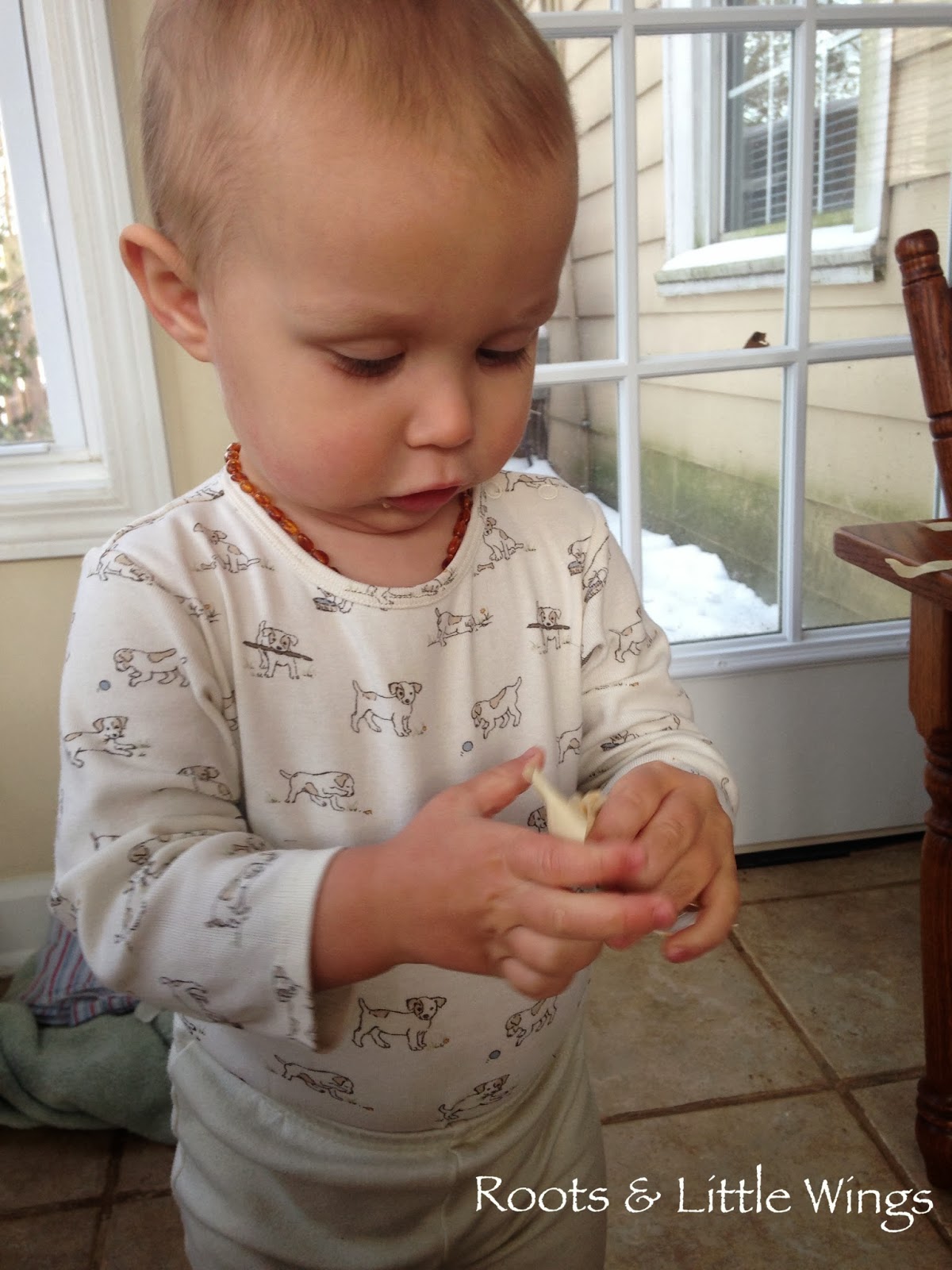 Have fun playing with tape!
Posted by Therie at 3:52 AM