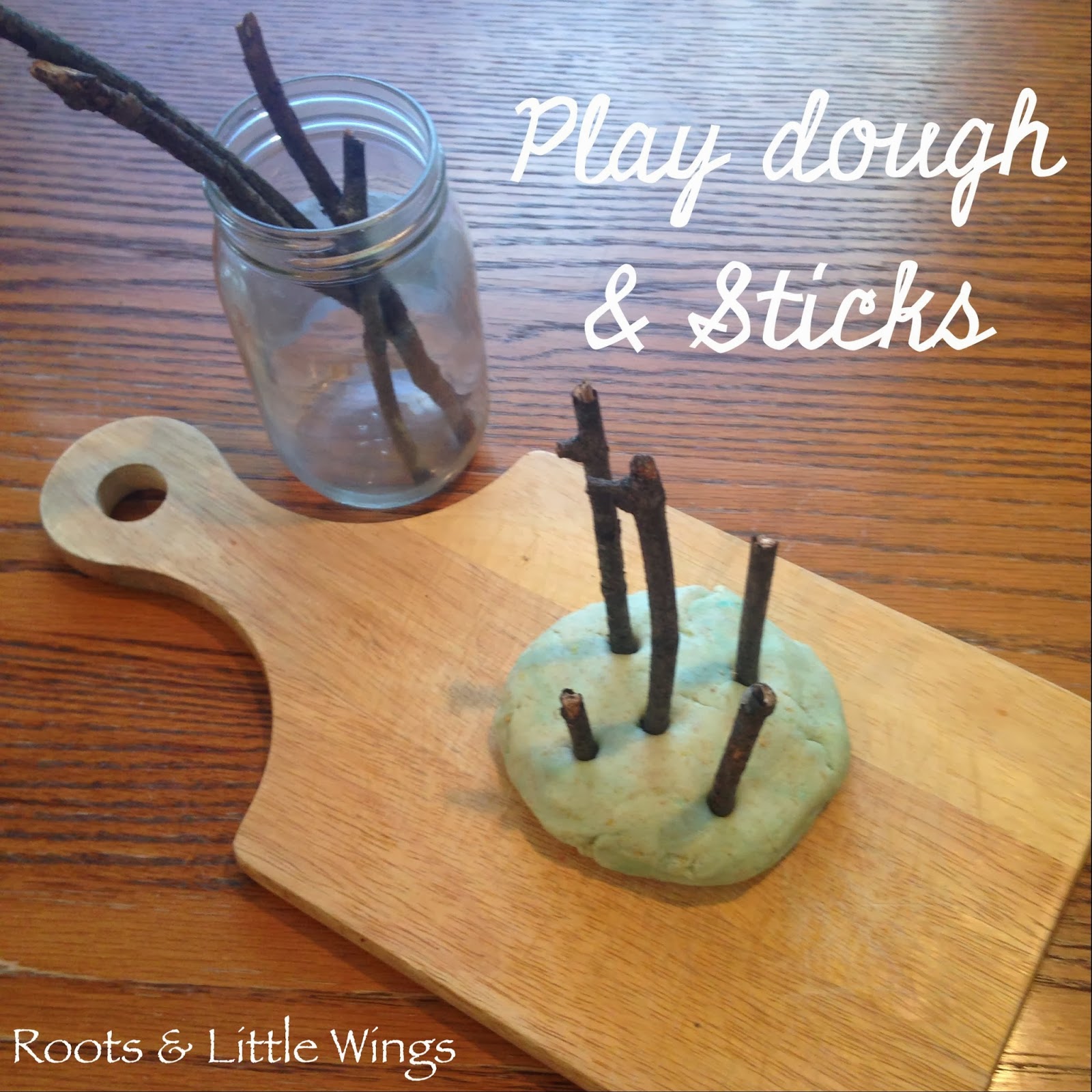 Noah is our nature boy! He loves sticks, rocks, dirt, you name it.  He also loves his home made play dough, so I thought I would create an activity for him that would combine both nature and play dough. We also haven't been able to play outside as much these days since it has been so cold. (It is actually supposed to snow today! :) So,  I thought, why not bring some nature indoors.
We gathered a few various sized sticks from outside and put them in a mason jar. Then, I got out his home made holiday peppermint play dough that I made back in December and formed it into a nice circle for him. I showed him how to put the sticks into the play dough and take them out, and then I let him do his thing. He had so much fun putting the sticks into the play dough in different places and taking them back out! We will def. be doing this activity again and also adding other nature items (ex: acorns, rocks/pebbles, baby pine cones, etc)
Enjoy the photos! 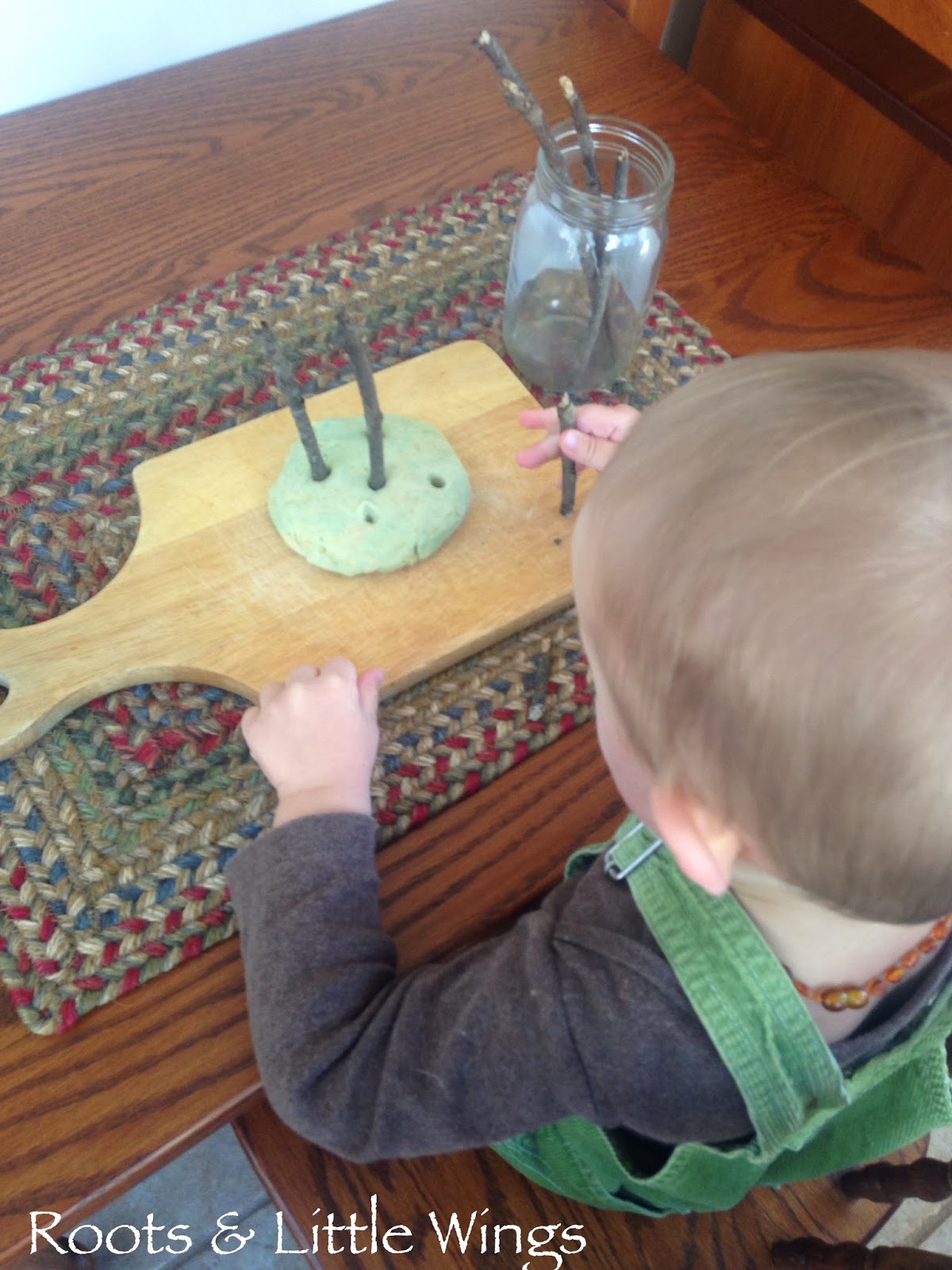 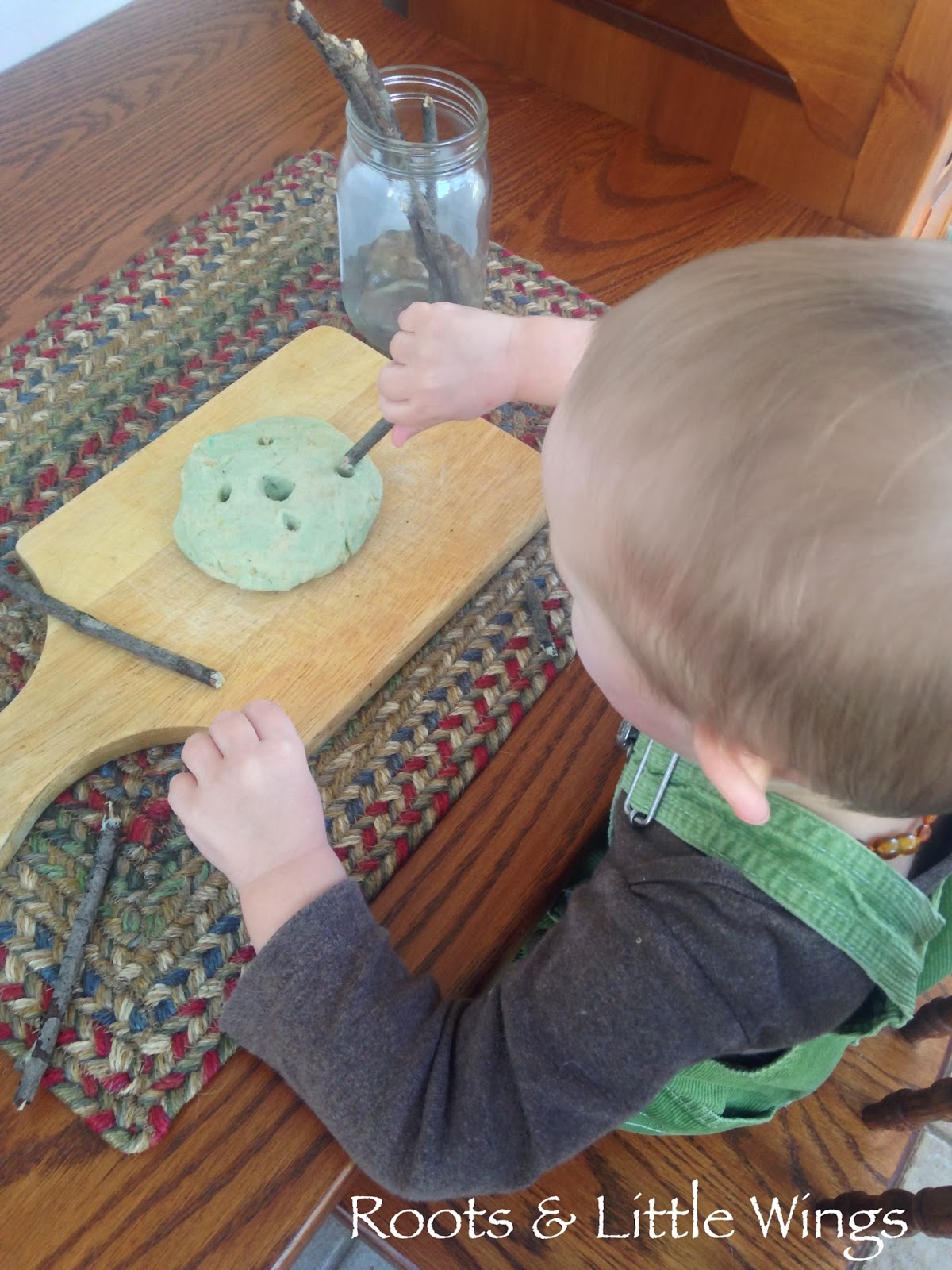 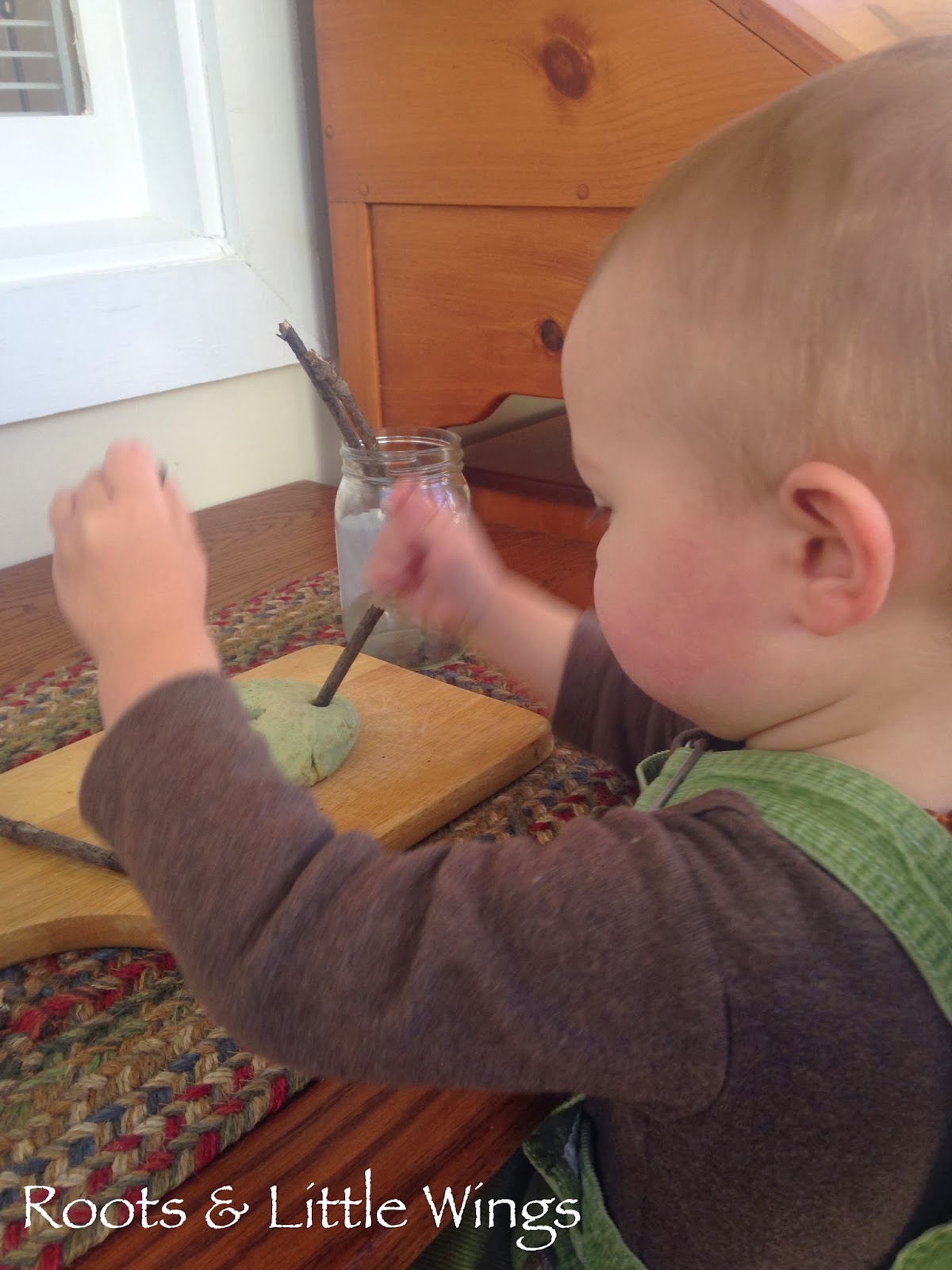 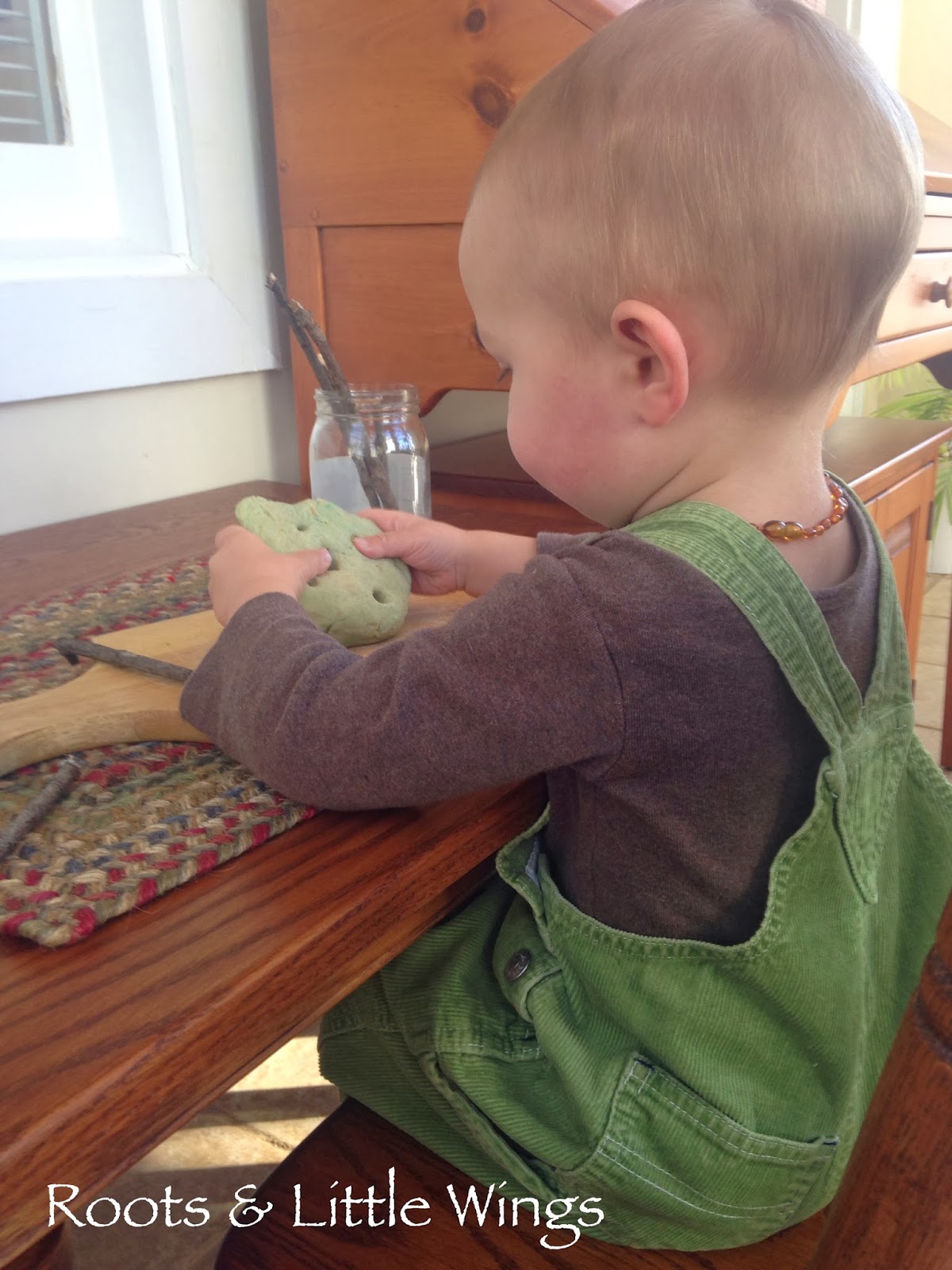 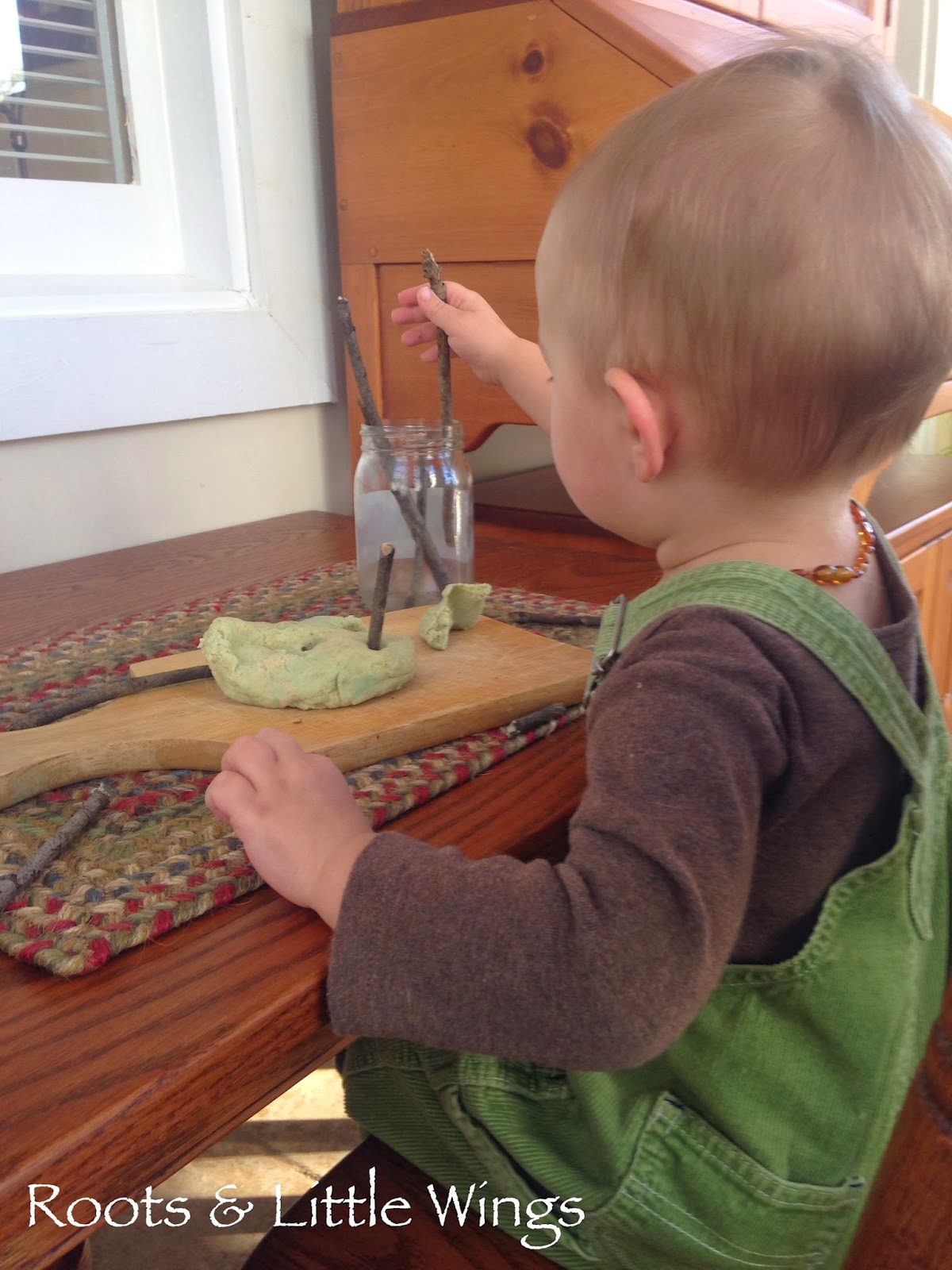 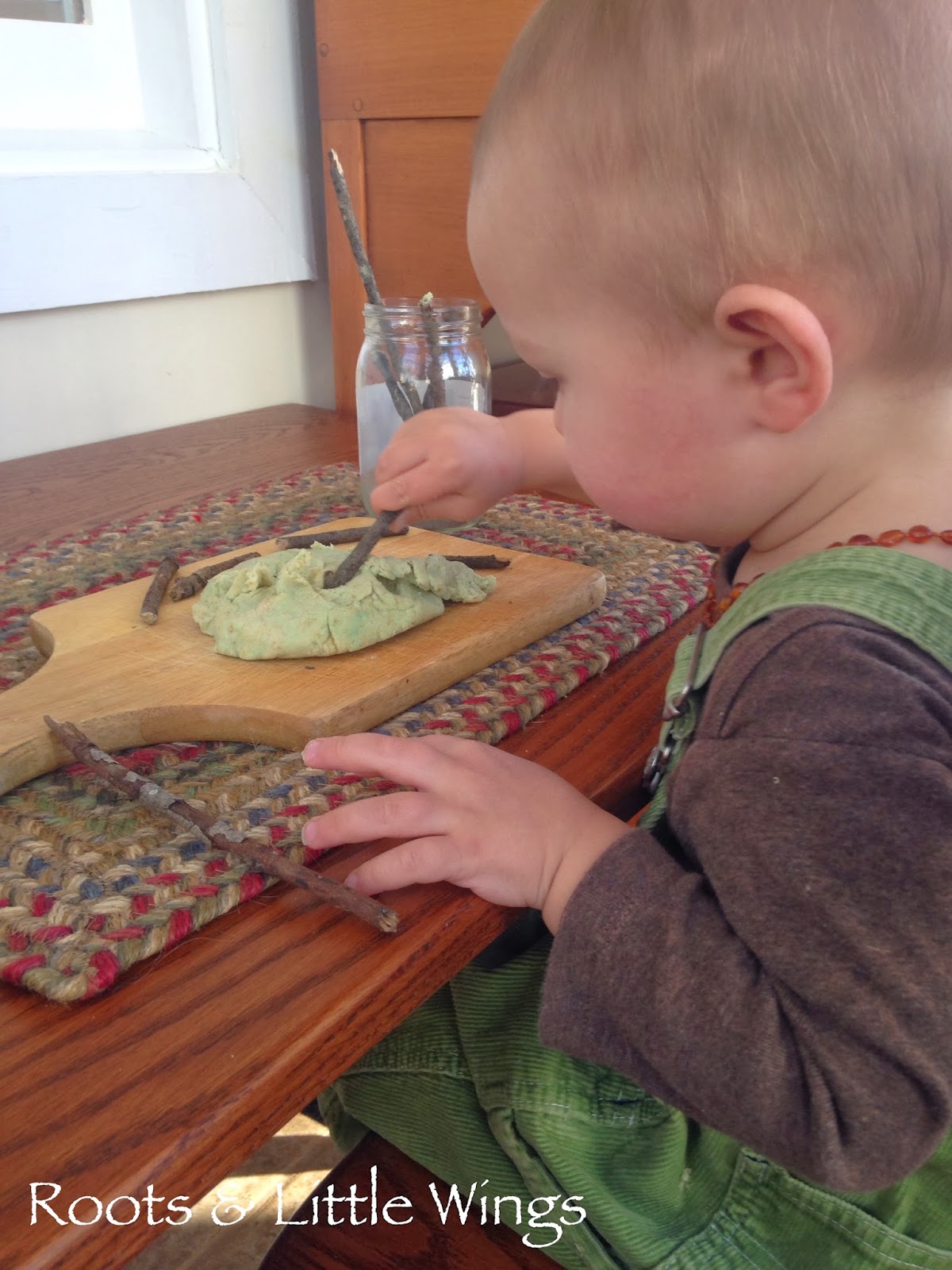